Second Award in As Many Years 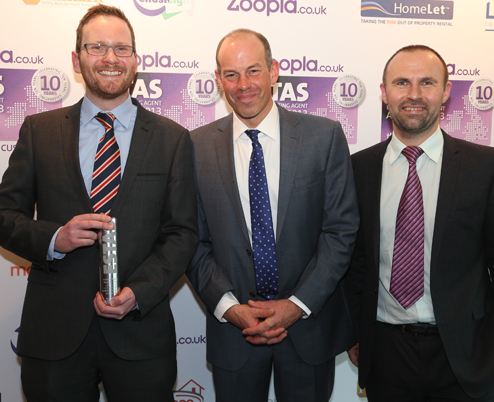 Redbrick Properties have once again won a Silver trophy in the ESTAS 2013 Letting Awards for Best Letting Agent in Yorkshire & Humber, making us the only Leeds letting agent to finish in the top 3 twice in the last 2 Awards.

The sell-out national awards, attended by some 650 agents from around the country, held at the Hilton in Park Lane, London, was once again hosted by Phil Spencer who reminded the audience that the awards are "very difficult to win". A well written submission and some nice glossy photos of the office will not get you on the shortlist”. The ESTAS are, he said, decided "by your harshest critic - the public".

Of course, as commendable as winning two awards in as many years of entering the ESTAS is, we will not be resting on our laurels, as we shall be going for the hat trick in 2014!