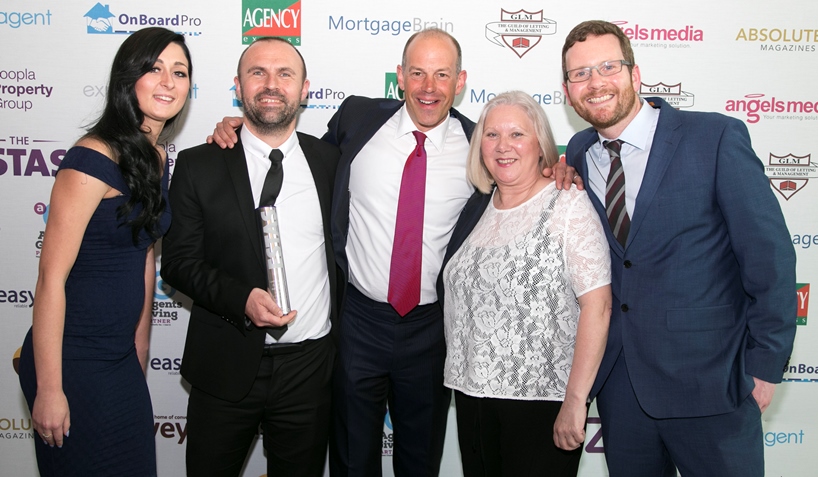 Redbrick Properties (Leeds) Ltd wins the Gold Award for Best Letting Agent In Yorkshire & The Humber at The ESTAS 2015, the most prestigious estate & letting agent awards in the UK.

The award was announced by Phil Spencer, the TV property expert at a lavish luncheon & ceremony at the Hilton Park Lane London attended by 800 of the UK's top estate and letting agents in the UK property industry.

The awards, celebrating their 12th year determine the best estate and letting agents in the UK through research carried out amongst customers who are asked a series of questions about the service they have received from their agent, over 25,000 questionnaires were completed by customers during the competition.

Phil Spencer, who has hosted the ESTAS every year since their inception in 2003 said,

“The ESTAS are about making people happy, putting a smile on their face and making a genuine difference to peoples’ lives.  An agent’s role is about guiding people through one of the most stressful times in their lives and that’s not an easy job.  The ESTAS help agencies to focus on customer service levels and that’s why firms keep coming back year after year”.

Agents were shortlisted in 18 regions around the UK.  National Grand Prix Awards were also announced for the Best Single Agent Office in sales and lettings.

Simon Brown who owns the ESTAS said “The ESTAS are special because shortlisted and winning firms are selected purely on the service they deliver to their clients. In fact just taking part shows an agent’s commitment to their customers and to be shortlisted is a great achievement in itself.  For the winners this is the highest accolade they can receive in the industry.”