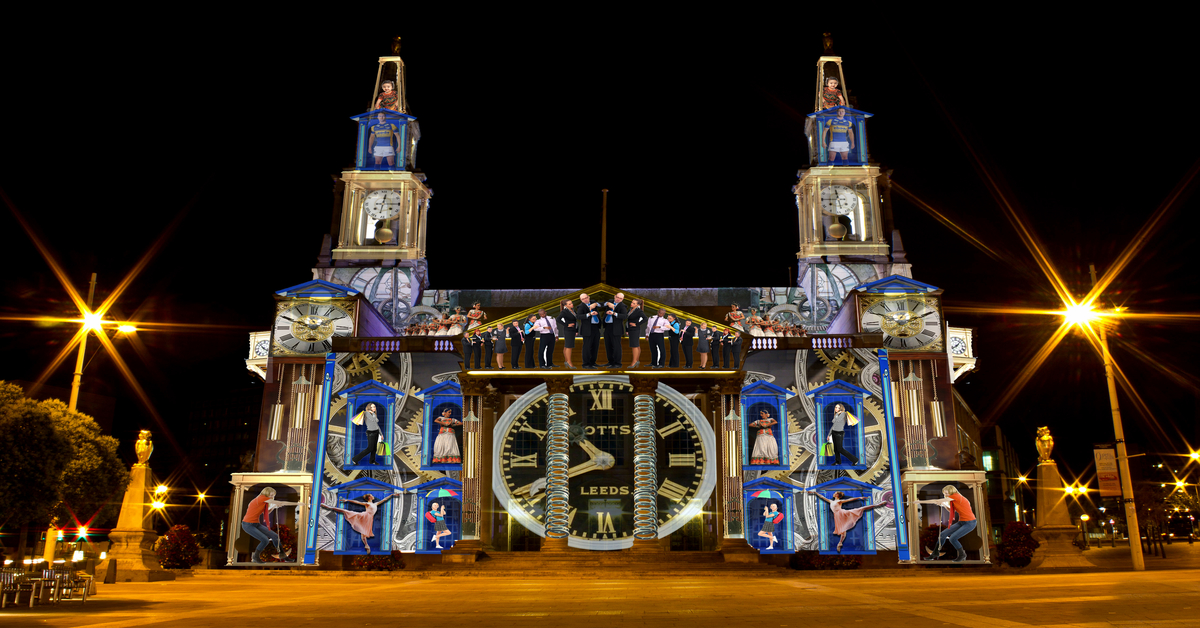 As darkness falls, come and see the city in a new light…

Explore the elements earth, wind, water and fire through installations and performances across the city.

See the city come alive with over 50 artworks including spectacular light projections, as well as film, dance, music, theatre, exhibitions and street performances.

Thursday night offers lots for families to enjoy, including a triathlon-themed procession with a Lantern Parade, Light Night Ride and Light Night Art Run, plus 90 giant glowing dandelions to walk amongst in Merrion Gardens.

Friday’s expanded programme will see local and international artists transforming places around the city, including The Falls – a 100ft digital waterfall on Queens’ Hotel, and Today – a groundbreaking music and light project in Trinity.

The festival centrepiece – The Phoenix in the Stone – can be seen on both nights on the Civic Hall in Millennium Square. View the programme for full details of all events.