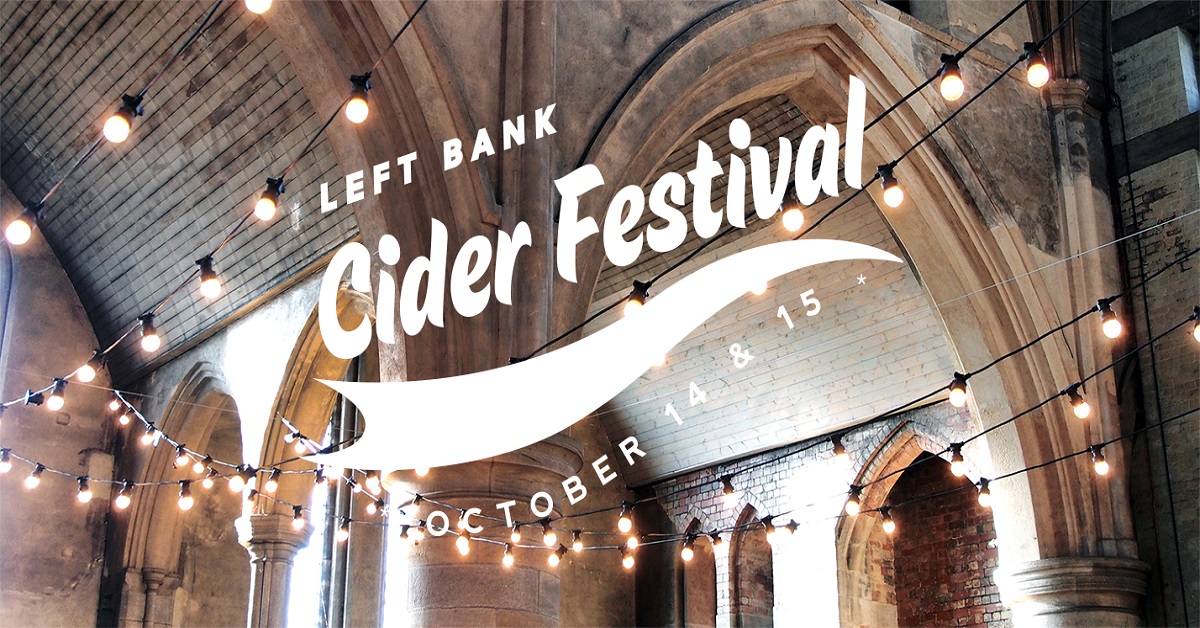 "Where's the Left Bank?" I hear you ask. Well, it's rather conveniently located in Hyde Park about halfway down Cardigan Road, and it's quite an incredible venue by all accounts. And what's more, after six annual beer festivals they've decided it's time to have the first ever Cider Festival, and it's happening there this weekend.

This will be an absolute treat for the cider drinkers among you and with over 30 to choose from your only issue will be which one to try first. Will it be the Badger Spit, Slack Alice, or maybe Janet’s Jungle Juice? And, for those of you that prefer your drinks a little more hoppy, there is also a selection of beers and cask ales including Leeds Brewery's American Pumpkin Ale, Ridgeside's Stargazer and the award winning Black Knight. You can check out the full line-up here on the Drinks Menu.

And if you start to feel a little peckish they have that covered too with 'Yorkshire's rustic caterers', the fabulous Bears Pantry Catering serving up a very tasty menu as always. In their own words, "We believe that cooking and eating should be the foundations for life. Plonking down a decent plateful should be the bear bones of a great event."

So, that's the drink and food covered. What about a little entertainment? Well, according to Leeds-List, "Leeds’ own Sifaka will kick off Left Bank Leeds Cider Festival 2016 with their mixture of soul, rock and African blues on Friday night, while Manchester’s Foxtales take to the stage on Saturday. To make sure there’s never a dull moment, Baewatch DJs and Dirty Otter DJs will be spinning their retro hip-hop, pop, disco and heavy soul too."

I'd say that's just about everything you need for one cracking weekend. You can check out everything else you need to know from ticketing information to how to get to the event on the Left Bank Leeds website, whilst also checking out some of their fantastic upcoming events at the same time.